If you have a toddler you are most likely used to things having to be a "certain" way. For example, If you dare rip the straw off of the juice box when little sweetie wants to do it herself you are entering a world of ear piercing screams and irrational behavior. Every child is different of course but mine doesn't like her food to touch.


Ok so this she gets from me. I have a weird thing about food touching and I don't like it when people put things on my plate without me asking.


Poor hubs handed me a blue cheese dipped wing at a bar when we first started dating and he put it on my plate and I almost fell over. I had to explain that;
A) I loathe when people put food on my plate especially when its soaked in blue cheese and
B) I have an aversion to white dips etc.
Don't laugh. I know that's ridiculous and I have since added Ranch dip to my list of things I like with celery and carrots but I would never dip a wing in anything but the hottest of hot sauces and I would never dip a fry in mayo or eat mayo for that matter.


Back to crazy toddlers and there irrational likes and dislikes…


So this morning after she squealed about not wanting to go to school for 10 minutes when I woke her up, (This happens lately and by breakfast she is giddy to see her friends and teachers. I haven't been able to understand this at all) I started to make her pancakes. (Don't worry I am still my mother's daughter. They are microwaveable mini pancakes. Mothers who have to do 80 things all before they catch a bus to Manhattan don't make pancakes from scratch OR a box in the morning).
So I hand her the pancakes on one plate and a syrup smiley face man on a second plate (yes this must be on its own plate these days) and she asks me for some sliced banana. Suddenly because I slice banana in my cereal in the morning she wants it too which is FINE by me! So I start to slice it over her plate and she says:


A: Put the banana right here. (She points to the exact spot she wants it so it has its own section. She continues on...)
You can't put the banana on top of the pancake. No, no. (and then in a sing songy voice) You know who's watching!!!!


She then belts out her rendition of "You better watch out, you better not cry.....".


So despite my hellish morning of rushing because I forgot to turn on my alarm, followed by the sobs of a child who doesn’t feel like waking up, being forced into clothes and shipped off to school, we ended our morning ritual on the best note, a happy one.


We sang “Santa Claus is coming to Town” the whole way to school…
Posted by All u need is love - ABB at 7:00 AM

Email ThisBlogThis!Share to TwitterShare to FacebookShare to Pinterest
Labels: A Cup a Joe..., Sweet as Sugar 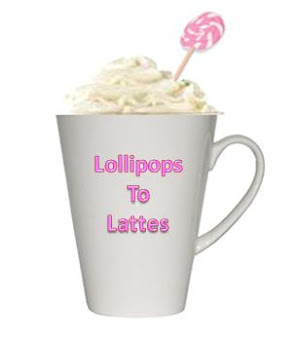